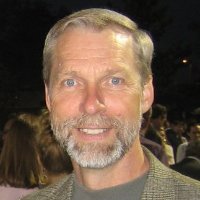 Cornelis G. Kors has served on Fuller’s ecclesiastical faculty since 1991 as assistant professor of Reformed Church in America (RCA) polity and worship. He is also the director of the RCA’s Ministerial Formation Certification Agency, coordinating the denomination’s theological education and developing and implementing standards for professional ministry as they apply to candidates for ordination. Since 2013 Kors has been installed as a General Synod Professor, a special teaching office in the Reformed Church in America (RCA). The RCA is one of the few denominations that has this designation, known as the “Fourth Office.” The professorate was first recognized by John Calvin and established in North America by the RCA in the person of John Henry Livingston.

Significantly, among his decades of leadership in the RCA, Kors served as member and secretary of the General Synod’s Commission on Women for six years soon after its inception in the 1980s, encouraging support for women in ministry in the RCA denomination. He is a member of the Association for Christians in Student Development and the Association for Theological Field Educators.