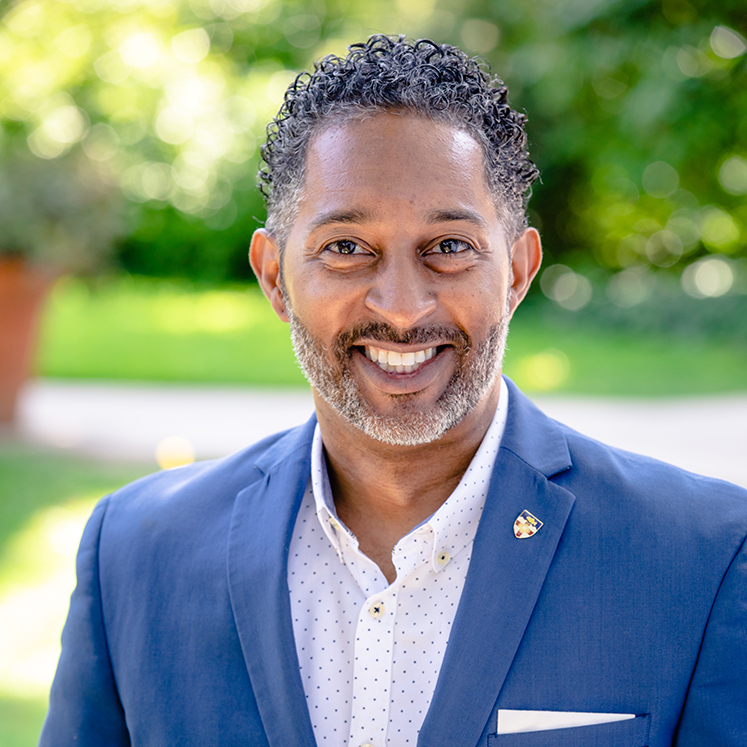 Academic Dean for the William E. Pannell Center for Black Church Studies and Assistant Professor of Mission, Theology, and Culture

There is a generation of African American preachers who are utilizing their own cultural experience and formation to reflect on the pages of Scripture in a unique way. Their hermeneutic is a refreshing new expression birthed in cultural formation. At the same time, however, it is a continuation of the theological enterprise of critical interpretation begun by early African American believers.

Dwight A. Radcliff Jr. joined the faculty of Fuller as assistant professor of mission, theology, and culture in 2019, and was named at the same time as director of the William E. Pannell Center for Black Church Studies. In 2020, he was named as academic dean for the Pannell Center. Prior to coming to Fuller, Dr. Radcliff taught at Vanguard University, Azusa Pacific University, and the Southern California School of Ministry.

While completing his MDiv in Fuller’s School of Theology, Radcliff was recognized with several awards and scholarships, including the prestigious Parish Pulpit Fellowship graduation prize and the Hooper/Keefe Preaching Award. He earned his PhD in Fuller’s School of Intercultural Studies; in that time he received both a Pannell Fellowship and a King Fellowship. He completed post-master’s studies at the Pontifical University of St. Thomas Aquinas and the University of Oxford.

His dissertation is entitled “The Message: A Hip Hop Hermeneutic as a Missiological Model,” and portions of his doctoral research have already been published in a peer-reviewed article in The Journal of Hip Hop Studies and presented in multiple professional, ministry, educational, and popular contexts.

Radcliff lectures in seminaries, universities, and conferences on topics ranging from urban church planting, culture, theology, preaching, social justice, millennials, and evangelism. His teaching and preaching has taken him across the US and abroad to places including Brazil and London. He also previously served as a deputy and chaplain with the Los Angeles County Sheriff’s Department, during which time he received recognition and commendations from city, county, state, and federal officials.

Radcliff has over 20 years experience in pastoral ministry, and currently serves as senior pastor of The Message Center in Gardena, California, where he leads with his wife, DeShun Jones-Radcliff, who serves as the church’s director of administration. He and his wife have two daughters.