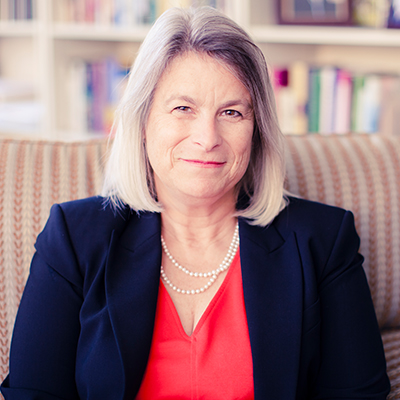 “When we insist on acting independently, we can thwart the opportunities of others to contribute as God made them to contribute. These contributions from others can be complicated, frustrating, and wonderful, but even when more the former than the latter, interdependence enriches both the self and the other. God made us for relationship and community.”

Mari Clements, a member of Fuller’s faculty since 2001, was named provost in January 2019. She also serves as accreditation liaison officer for the seminary. Prior to her role as provost, she served as dean of the School of Psychology for four years.

She has also worked to develop reliable and valid indices of preschool children’s perceptions of and reactions to marital conflict, of couples’ perceptions of their own constructive and destructive strategies for managing conflict, and of translated measures for use in immigrant populations.

Clements is a member of the Association for Behavioral and Cognitive Therapies, the American Psychological Association, and the American Psychological Society. Her work has appeared in scholarly journals including Couple and Family Psychology: Research and Practice, Journal of Marriage and Family, Family Process, Parenting: Science and Practice, and Journal of Family Psychology. She has also authored several book chapters and presented at various psychology association meetings around the country.

Our Dean’s Not So Secret Passion: Competitive Racing