Celebration and Lament Move Us Toward Change

+ Letter One: the first in a series of responses around African American students’ petitions for change at Fuller

Fuller Seminary is a convening place for dialogue and a community where diversity and dissent are familiar territory. At no time has that been more true than during the week of June 4, 2018, when Fuller was the context for heightened celebration and lament. We celebrated 661 students from 42 countries. We also witnessed cries of injustice from African American students. Their dramatic protest at Fuller’s Baccalaureate service was a frustrating disruption for some, a galvanizing moment for others, and a clear call to action for the leadership of Fuller. The action illustrated the depth of disappointment among many Black students at Fuller, intolerance for “just words” that might prove empty, and demands for change. Fuller leadership received their protest in an atmosphere of respect for free speech and protest, while urging support for the students and their concerns.

“Action is the loudest and most reliable evidence of a commitment to change,” says President Mark Labberton. “Nowhere is that more true than in matters of race. Words have their place, but action is the evidence everyone needs.”

Fuller Seminary is in the process of change that requires faster, more evident action. “We have a serious distance to go,” Labberton notes, posting in an internal missive on the day of the protest: “Today’s protest at Baccalaureate was a ‘painful gift’ that bears witness to injustice suffered by our African American students. . . . ‘We are at a crossroad: Change must happen.’” Following the protest, Labberton offered the mic, stood by while the protestors made a statement, and posted a video link to the Baccalaureate event for employees, students, and public social media—with the video including the protest and the sermon by Professor of Hispanic Studies and Pastoral Leadership Juan Martínez.

Diversity, inclusion, and equity are educational, economic, and civic imperatives, Fuller leader Alexis Abernethy confirms, “and critical to achieving academic excellence.” And though we believe that working toward full integration is everyone’s responsibility at the seminary, we are pleased to establish a new position to focus on strategic change and innovation in this area that will be filled by Dr. Abernethy, currently professor of psychology. The Associate Provost for Faculty Inclusion and Equity will serve to foster transformational change in the mission and life of the seminary by identifying barriers and promoting advocacy through recruitment, retention, and development of faculty from underrepresented populations. In addition, Associate Provost Abernethy will implement changes and offer resources for faculty “so that syllabi content and teaching approaches will reflect a more culturally informed lens, helping to build capacity for persons and for the institution as it relates to diversity, inclusion, and equity.” The creation of this role and her appointment are in direct relation to the concerns expressed by African American students to “prioritize hiring and retention of African American faculty” and to integrate course content and Black scholarship into the core curriculum of all Fuller’s programs.

Dr. Abernethy notes, “In moving forward with these steps, it is important not only that we act, but also that we engage in this action in a different way. Working toward a more racially inclusive environment will mean that we will need to be willing to engage in a comprehensive strategic process together as an institution. This will include all of our educational offerings and administrative leadership.”

Faculty Senate Chair and Professor of Theology and Mission Amos Yong emphasizes the importance of faculty leading the way in these changes, “supporting the advancement and thriving of persons of color on the faculty, reforming curriculum to include the full spectrum of global voices—with emphasis on Black scholarship,” and working with administrators at every level of the seminary, partnering with ethnic centers such as the William E. Pannell Center for African American Church Studies, Centro Latino, the Korean Studies Center, and the Asian American Center. “With the help of God,” says Dr. Yong, “we will work unrelentingly now and in the years to come toward a new Fuller that will be more welcoming to all people of color, including our African American brothers and sisters.”

Other issues specified by students that the institution is taking action to address include supporting a stronger pathway for Black students and “cultivation of Black scholars.” Clifton Clarke, Associate Dean for the William E. Pannell Center for African American Church Studies, recently announced that the center will roll out a scholarship program for students researching in the area of African American church studies from all three schools. Dr. Clarke says, “in addition to the institutional changes that are paramount for African American students to thrive at Fuller, we are committed to doing a much better job at nurturing and supporting African American students through the robust scholarship program that the Pannell Center will oversee.” Also in response to student petition, Acting Provost Mari Clements reports that Fuller’s School of Psychology has agreed upon a commitment to prepare Black students (and students from other diverse backgrounds) for being the only person of color in their clinical settings—a need that has been emphasized through the process of these conversations. “Because diversity has long been an area of focus for us [in the School of Psychology], we have made some gains and yet have significant areas of concern that we are committed to addressing in a deep and substantial way—not just checking a box,” says Dr. Clements. These, and other specific initiatives already well in process at Fuller, will be shared widely in the Fuller community closer to the end of June when required institutional processes have been completed.

President Labberton emphasizes that “Fuller has a long history of facilitating conversations related to faith that give space to dissenting ideas. We remain committed to being a place where civil dialogue can take place and both sides can feel heard—this has long been in our DNA as a uniquely multidenominational seminary. This, I know, is both true and aspirational at Fuller: institutions are slow to change even with the will of their members, yet there is no hope for change unless the whole community journeys together in the same direction toward justice.” The protest during Baccalaureate and the wider tensions it represents are viewed as an expression of lament and call to justice. “We must be attuned to the voice of God when we hear cries of pain and unrighteousness,” Labberton says. “This is the place where we will focus our energies and take tangible steps toward change.”

Is Fuller taking action to address the concerns of the students?

Yes. We have been working for many months on plans informed by student recommendations that are consistent with our vision and commitments. We have several more institutional steps to take to be able to bring forward a full response to their concerns, and some actions will continue to unfold for some time (as change at systemic levels always does). We understand that an institution neither speaks nor acts as nimbly as a person can, so this process has been slow and understandably frustrating. The message above, as part of a series of community letters, tells of some of the changes that are in process. Students’ persistence in bringing awareness about troubling trends at Fuller has accelerated action, and for that anyone committed to the hope of a “beloved community” owes them a debt of gratitude. We will be able to announce more by the end of June.

What is the background on this topic, and did you know the protest was going to happen?

Fuller’s senior administrators, deans, provost, and faculty members have been meeting with African American students over their discontent with the Fuller experience. In the last several meetings the students expressed that action needs to take place according to a list of grievances, and that they would escalate if they did not see “real change.” They were honest and forthright, and often showed graces such as warning of the possibility of a protest, or sharing communion at the end of a difficult meeting. So we did not know the protest was coming, though we were not surprised when it did. They have grievances: administration and faculty have tried to receive complaints with respect, an attitude of listening, and to set actions in motion as a result. We believe in free speech and note that the right to nonviolent protest is in the tradition of Christian leaders such as Martin Luther King Jr.—often necessary when trying to unroot something as pernicious and ubiquitous as race bias. President Labberton says that the protests are a “painful gift” that bears witness to the injustice suffered by African American students, staff, and faculty, and is responsible for a troubling attrition of a Black presence on campus, particularly among faculty.

Is there a “Black exodus” from Fuller?

A few students have left Fuller in dissatisfaction, and some who have remained are vocal about their deep disappointment. Others have expressed that their participation does not signal hatred for Fuller, but love for it and its potential. As with any collection of individuals, there are perspectives all along the continuum. The larger concern is the loss of key African American faculty/leaders over the last decade. Many of these faculty and leaders loved Fuller, and though they left for other opportunities, they have also left because of their discontent. It’s heartbreaking for them and for us. Over the last decade, the losses of an African American presence have been more than the gains, which is grievous. But much of the energy is toward change, with Black exodus being a very real threat.

Is Fuller addressing curriculum so that it reflects racial, ethnic, and gender diversity?

Yes. The recent appointment of Alexis Abernethy as the Associate Provost for Faculty Inclusion and Equity, and her mandate, will ensure faculty implementation of readings that represent the racial diversity of the Fuller community. Additionally, the library has invested time and resources into ensuring that its team is well-equipped to assist or direct faculty to theologians whose work faculty may not be aware of, to make sure Fuller’s classes have the best scholarship available to them.

Several faculty members will also do a thorough review of course offerings to reimagine language and required literature with the view of bringing that back to joint faculty and the faculty senate for review and rigorous implementation. 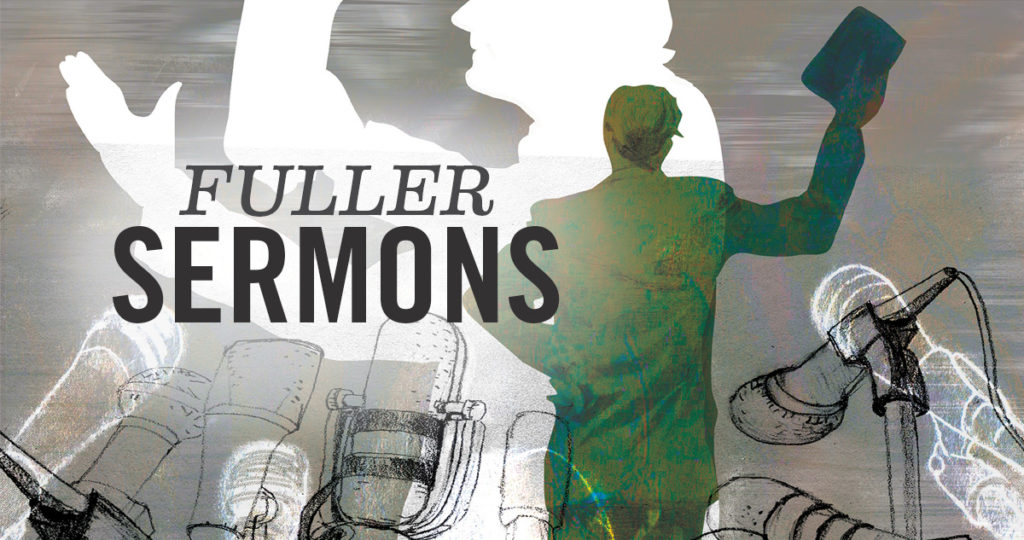 Juan Martínez, professor of Hispanic studies and pastoral leadership, reflects on the need to seek out marginalized voices and create new paths for faithful discipleship 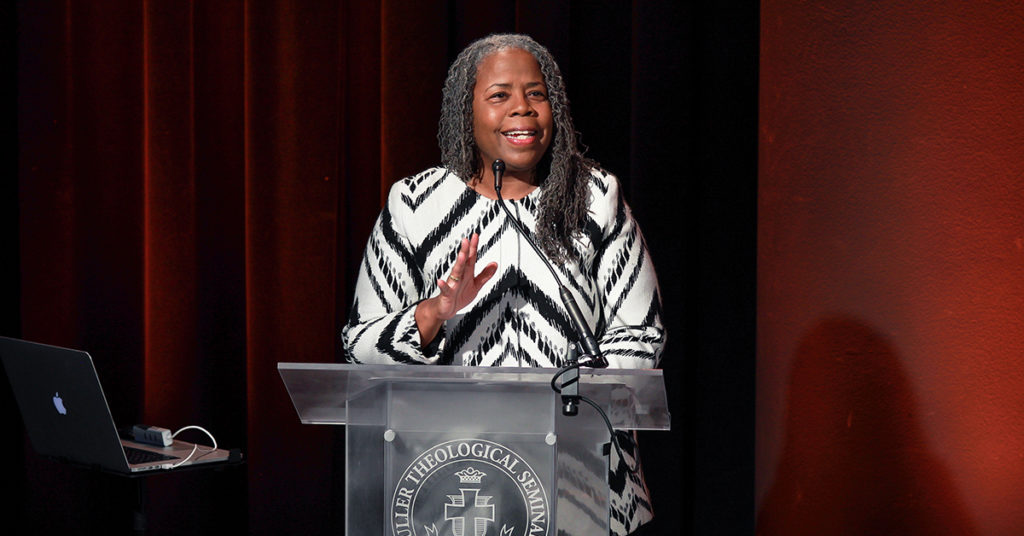 Please share your thoughts and questions with us here.

Need assistance with this form?