The MA in Intercultural Studies forms students for informed missional engagement in any context, local or global. It is a biblically grounded program with practices courses and small groups that nurture students’ holistic formation, and a cross-cultural practicum (optional) that offers an opportunity for students to integrate and practically apply their studies.

The degree requires a total of 80 quarter units (one class is 4 quarter units), and is typically completed in 2 years of full-time study (12 units per quarter). Fuller’s 80 quarter unit MAICS program is equivalent to a 56 semester credit program at other institutions. Both will take the same amount of time and effort to complete.

Beginning Fall 2017, as reflected in the updated degree outline below, the MAICS will have a stronger focus on missiology and more flexibility in both electives and the new option to earn the degree fully online. Click here to see the previous degree outline.

IS500 Practices of Vocational Formation Expand

IS500 teaches students a method for integrating resources of theological method into faithful responses to the human condition. As an integrative course, it explores the identity and practices of Christian vocational formation as a people called, gathered, and sent by God. Together, professor and students study and enact historic Christian disciplines necessitated by this distinctive identity (listening, discernment, guidance, lament, rhythms of rest, and stewardship) fashioning them into a Rule of Life that shapes and supports the student’s vocation in order to form students who demonstrate capacities to cultivate a theologically reflective practice of Christian discipleship.

IS501 Practices of Worship Expand

IS501 is an integrative course that explores the identity and practices of Christian worship and prayer as a people called, gathered, and sent by God. Together, professor and students study and enact historic Christian disciplines necessitated by this distinctive identity (Sabbath-keeping, confession, praise, communion, enacting the prophetic, gathering & sending, prayer, and reading & proclaiming the Word) in order to form students who demonstrate capacities to cultivate a theologically reflective practice of Christian discipleship.

IS502 Practices of Community Expand

IS502 is an integrative course that explores the identity and practices of Christian community as a people called, gathered, and sent by God. Together, professor and students study and enact historic Christian disciplines necessitated by this distinctive identity (hospitality, forgiveness, promise-keeping, truth-telling, gratitude, and testimony) in order to form students who demonstrate capacities to cultivate a theologically reflective practice of Christian discipleship.

IS503 Practices of Mission Expand

IS503 is an integrative course that explores the identity and practices of Christian mission as a people called, gathered, and sent by God. Together, professor and students study and enact historic Christian disciplines necessitated by this distinctive identity (witness, mercy, reconciliation, advocacy, creation care, friendship, inculturation, and inter-religious dialogue) in order to form students who demonstrate capacities to cultivate a theologically reflective practice of Christian discipleship.

Interpreting - 4 Units (Choose one of the following)

This course orients students to the literature of the Old Testament in its various literary, historical, and theological contexts and to Old Testament interpretation in service of Christian practice. The books of Genesis, Exodus, Deuteronomy, 2 Samuel, Job, Psalms, Isaiah, Jeremiah, and Daniel will be the focus of study. Students who successfully complete this course will have demonstrated that they: (1) have a basic grasp of the contents of Israel’s Scriptures, history, and geography; (2) can use interpretive approaches that explore both the literary features of the Old Testament and the historical and cultural contexts in which it came into being; (3) can assess hermeneutical issues arising from the diverse contexts of contemporary readers; (4) can relate the Old Testament as Scripture to Christian theology, mission, and discipleship; and (5) have used this knowledge and these abilities to interpret some key Old Testament texts.

This course introduces students to the relationship between biblical interpretation and the theology and practice of Christian mission. Participants will grapple with the importance of mission for reading the Bible and the teaching of the Bible on mission. This will include the missiological orientation of biblical texts, diverse paradigms for missional practice in Scripture, and issues of contextualization as students seek to understand the significance of mission for reading the Bible and for embodying Scripture’s witness in their contexts.

This course explores Christianity’s first two thousand years with a primary focus on the inherent dynamic that propels cross-cultural transmission and the critical elements that have defined the experience and expressions of the faith in successive heartlands. Five core issues will guide the discussion: the translation principle, or indigenous appropriations and vernacular expressions of the faith; the agents and agencies of missionary expansion; major movements of reformation and renewal; interaction with other major faiths; and causative factors in the periodic shifts or extermination of the faith. Students who complete MH506 will demonstrate: (1) a basic historical and theological knowledge of the Christian story as it finds it home in each continent; (2) a basic competence in interpreting and evaluating this history and theology noting the interplay of Gospel message and local contexts, specifically local cultural and religious contexts; (3) a critical and sympathetic appreciation for the breadth, unity, and diversity of the Christian church and ability to explain the development of different beliefs and practices historically; and (4) a basic knowledge of diverse Christological and Trinitarian formulations from the first millennium of Christian history.

Choose any course with an MR prefix (such as MR550 Introduction to Islam, MR574 Muslim Peoples: A Sociological Approach, MR579 Judaism and Jewish-Christian Relations, or MR552: History of the Muslim-Christian Encounter) Expand

A foundational course, covering the emergence and development of Muslim faith and practice by journeying through Islam’s defining stages of development. The course will look at Islam’s main components both thematically as well as by an exploration of its varieties of expression. Implications for Christians living and working among Muslims, as well as for the advancement of good Christian-Muslim relations will remain the driving concerns. By taking this class, students will (1) Acquire an authentic insider’s understanding of Islam as a basis for further specialized study and ministry; (2) Overcome prejudices and assumptions resulting from misinformation today between Christians and Muslims globally; and (3) Develop a faithful Biblical way to think and act Christianly towards Islam and Muslims.

This is a foundational course introducing students to sociological and anthropological studies of Islam. They will explore factors other than religion and common historical reference which influence and shape Muslim societies. They will look at the social organization within Muslim societies and the impact of culture on Muslim peoples. They will address issues such as “Is there a Muslim Society?” or “What does the veil mean for Muslim women?” Students will analyze various factors that help us understand Muslim peoples in the present day, such as modernity, secularism, globalization, economic trends, local customs, and social practices. As they study the work of anthropologists and sociologists, students will become familiar with new methodologies for observing Muslim peoples. They will also discover the diversity of Islamic societies and the transformation they undergo. This class addresses as well the advantages and disadvantages of integrating these approaches to Christian mission and how they influence Christians’ respectful witness to Muslims.

This class examines both the fundamental tenets of Judaism as well as the relationship between the Jewish and Christian religious traditions. While the main focus of the course will be modern Judaism and twentieth-century developments in Jewish-Christian relations, the history of the “parting of the ways” and the resulting mutually exclusive self-definitions of Judaism and Christianity sets the backdrop for the contemporary context. Students completing this course will have demonstrated (1) a grasp of the fundamental tenets and historical development of Judaism; (2) a basic understanding of the complex history between the Jewish and Christian religious traditions; (3) an increased appreciation for the significance of key twentieth-century events and their contribution to a new chapter in Jewish-Christian relations; (4) skills toward rethinking Christian doctrine in light of these twentieth-century developments; and (5) an ability to apply shifting trends in missiology to a Jewish context.

MR552: HISTORY OF THE MUSLIM-CHRISTIAN ENCOUNTER

This course examines Muslim-Christian relations since the inception of Islam to the present day, with both contemporary and historical examples from diverse contexts. It analyzes case studies, events, and key figures who shaped the relations between Christians and Muslims, suggesting how their legacy affects current interactions between Muslims and Christians. This course also allows students to discover principles and paradigms of Muslim-Christian engagement which will inform their contemporary interaction in diverse contexts. Students will be given the opportunity to examine their own preconceptions of Islam and relationship to Muslims and how these affect their interactions. Attention will be given to ecclesiological and theological issues, enabling the student to anticipate obstacles in the contemporary Muslim-Christian interface and respond with historical awareness, cultural sensitivity and theological integrity. By the end of the course, students should be able to demonstrate: (1) A critical understanding of the historical development of Muslim-Christian relations; (2) Self-critical thinking about their own encounters with Muslims and predispositions towards Muslims; (3) Ability to wisely apply principles from past Muslim-Christian interactions to inform respectful Christian witness today; (4) The skills necessary to communicate the biblical narrative and its values in the new contexts of the 21st century.

Developing an epistemology of diversity and cultural contextualization via truth seeking by reading selected biblical passages from the margins. Challenging the limits of discrete anthropological and theological epistemologies by gesturing toward a transdisciplinary understanding of an emerging practical theology for the purpose of contextualizing Christian theological thinking. Enabling students’ cultural, racial and ethnic exploration for self-awareness and facilitating engagement with diverse communities. Upon successful completion of this course, students will have demonstrated: (1) the ability to use anthropological tools for building an epistemology that accounts for diversity following Christian theological views; (2) an understanding of a theology of diversity in the service of mission focus thinking; and (3) engagement with diverse approaches to epistemology building for research purposes.

As with every field of study, missiology has its particular focus, literature, and methods. To engage in missiological integration requires appropriate skills to use the tools and resources available. This course integrates the learning from the core courses in missiology taught in the MA in Intercultural Studies. A special feature of the course is the use made of the case study model to engage missiological investigation, reflection, and action. Because effective missiology is developed interactively, opportunity will be given for collaboration in learning. Upon successful completion of this course, students will be able to: (1) critically integrate the contributions of the courses they have taken as part of their MA program to the theory and practice of missiological integration; (2) demonstrate the use of historical, global, and contemporary contributions of missiological disciplines to contextual issues in Christian mission relating to selected case studies; and (3) apply integrated missiological thinking to a contemporary ethical problem in a specific cultural context.

Choose any ten master's level courses in the Schools of Intercultural Studies or Theology. You may wish to explore an area of study or select a diverse combination of courses that support your ministry and life goals. Expand
View Class Schedule
View Academic Catalog
RETURN TO MAICS OVERVIEW PAGE 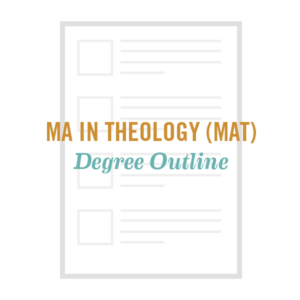 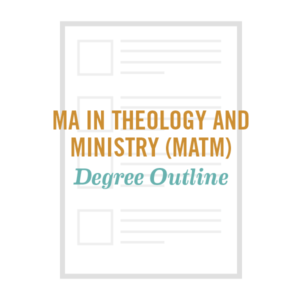 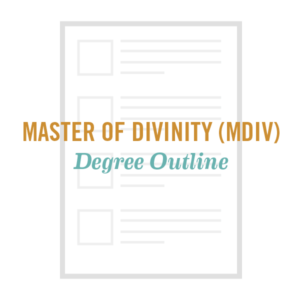 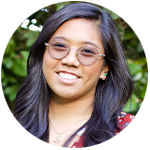 Do you have questions or would you like more information about Fuller’s academic programs? We’re here to help!