“In a world that valued and divided people according to color, [the first Pentecostals] tried to show us that we can attain racial harmony, intimacy, and inclusiveness when we remember that we are all one in the Spirit of God.”

Dr. Robeck, in his book The Azusa Street Mission and Revival.

Cecil M. Robeck, who has worked at Fuller Seminary since 1974, is professor of church history and ecumenics and director of the David J. DuPlessis Center for Christian Spirituality. His recent historical research centers on the Azusa Street Mission and Revival and its African American pastor William Seymour. In 1999, he received a grant from the John Randolf Haynes and Dora Haynes Foundation to explore this topic and its impact on Los Angeles. His recent publications in the field of ecumenics have focused on the Holy Spirit, the Church, unity in the Pentecostal perspective, and potential contributions the Pentecostal Movement can make to the world Christian Movement.

Previously, Robeck served as an instructor in religion at Southern California College (now Vanguard University) in Costa Mesa, California, and as a trustee for Bethany Bible College in Scotts Valley, California. At Fuller, he has served in several administrative positions, including associate dean for Academic Programs in the School of Theology, director of Academic Services, director of Student Services, and director of Admissions and Records.

An ordained minister with the Assemblies of God, Robeck has also worked on ecumenical issues for nearly 30 years with the World Council of Churches, the Vatican, the World Alliance [now Communion] of Reformed Churches, and other groups. He serves as a Consultant to the Chairman of the Lausanne Committee for World Evangelization for long-term relations with the Vatican. For the past 13 years Robeck has served on the steering committee of the Global Christian Forum. He also participated with Pope John Paul II in worship events in Rome and Assisi. For 18 years he has met annually with the Secretaries of Christian World Communions and he appears regularly as a panelist on broadcasts of the American Religious Town Hall Meeting.

Robeck is author of The Azusa Street Mission and Revival: The Birth of the Global Pentecostal Movement (2006, Recipient of the Pneuma Award, and nominated for the Grawmeyer Award) and Prophecy at Carthage: Perpetua, Tertullian, and Cyprian (1992). He is the editor of Witness to Pentecost: The Life of Frank Bartleman (1985) and Charismatic Experiences in History (1985), and co-editor of The Azusa Street Revival and Its Legacy (2006) and The Suffering Body: Responding to the Persecution of Christians (2006). He co-edited the Cambridge Companion to Pentecostalism (anticipated early 2014) with Amos Yong. For nine years, he was editor of Pneuma: The Journal of the Society for Pentecostal Studies. He is also part of the Azusa Street Memorial Committee and has lectured locally on the early Pentecostal sites in Los Angeles at UCLA, USC, Vanguard University, and the Japanese American National Museum. 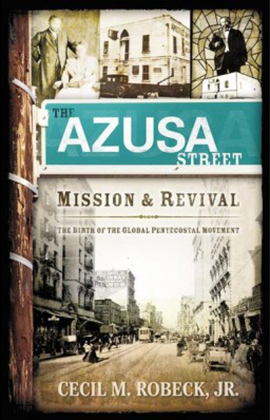 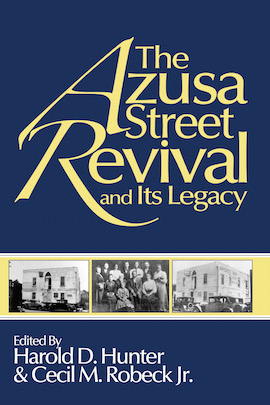 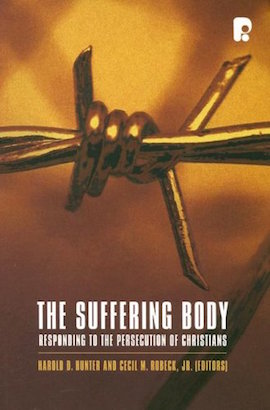 Women in the Pentecostal Movement