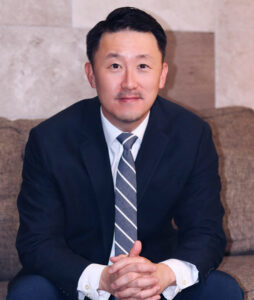 Fuller Seminary is pleased to announce that Wayne Park, program director at the Max De Pree Center for Leadership, has been appointed chancellor of Fuller Texas. In this role, he will be responsible for overseeing the Houston campus and Fuller’s partnerships throughout Texas. In addition, Dr. Park will lead the development of a long-term plan for the role of the Houston campus in the implementation of the seminary’s FULLER NEXT strategy. This plan will include degree and course offerings, faculty and staff requirements, facilities, scholarships, and engagement with local communities. He will also serve as a member of Fuller’s Senior Leadership Team.

Park has lived in Houston for 12 years and is an ordained pastor in the Evangelical Covenant Church. He also directs all operations of Kingdom City, a collective of more than a dozen churches and ministries that meet collaboratively on eight acres of property in Houston’s Energy Corridor. He received his Doctor of Ministry degree from Fuller and his Master of Divinity degree from Regent College in Vancouver, BC.

“This appointment marks a turning point in our commitment to Texas and to the faithful donors and alums who have long encouraged Fuller to engage in Texas in a very significant way,” said Fuller Seminary President Mark Labberton. “This geographic area is one that is very friendly toward what Fuller has to offer, and the news of a chancellor appointment is already being well received by our key stakeholders in Houston.”

Park is passionate about the integration of faith and work and its implications for the public sphere. He said, “I am incredibly animated by the potential our Texas campus has, not just for Fuller, but for the world, in providing an indispensable education and resources for diverse Christian leaders, both in the pulpit as well as the public sphere.”

Ted Cosse, Fuller’s chief operating officer, said, “The greater Houston metropolitan area has a multicultural population of more than 7 million people, many of whom are Christians who support the vision and mission of Fuller. Dr. Park has proven skills and experience collaborating with diverse stakeholders in Houston to accomplish great things. We are incredibly fortunate to have a person of his experience and skills leading our efforts to bring indispensable, formational education to Christians throughout the Texas area.”