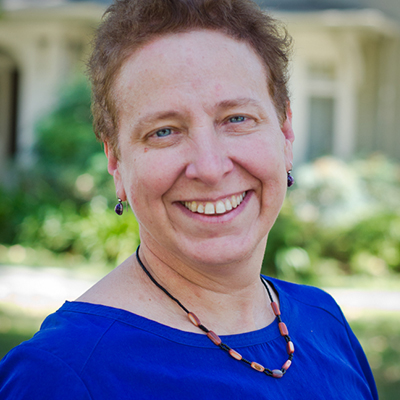 “I’m passionate about psychological assessment. I love the privilege of walking alongside patients or clients during the testing process, helping them to feel supported and leaving them standing tall and feeling understood. The evaluation of neuropsychological and psychosocial strengths and weaknesses can then be used to advocate for services, guide an individual toward the future, and open up possibilities of growth.”

After about four years of teaching, mentoring, and supervising students as a visiting assistant professor, Anne Nolty officially joined the School of Psychology & Marriage and Family Therapy faculty in September 2015. Prior to the invitation to teach at Fuller, she worked for seven years in the pediatric department at City of Hope National Medical Center, primarily directing their clinical neuropsychology services, and then she became board certified in clinical neuropsychology. She says that returning to Fuller to teach felt like coming home.

The “home” is not only Fuller itself, but also the context of diversity. Growing up in the Congo and attending a Belgian high school instilled in Nolty an appreciation for cultural diversity and languages as well as a deep respect for the complexities of divine grace and human dignity in the midst of poverty and political injustice. After college, she fell in love with the classroom and taught math all over the world: to gifted middle and high school students in South Carolina, in an American boarding school in Switzerland, to Spanish students in Asturias, Spain, and in the South Island of New Zealand.

When Nolty came to Fuller, where she found herself on a path toward an MDiv as well as the PhD in clinical psychology, she was grateful for the privilege of learning from and among people of faith, and for the quality of the training opportunities in the greater Los Angeles area. A highlight of her time as a Fuller student was Al Dueck’s inaugural Guatemala class, which spent two weeks learning how mental health needs are being addressed in a country that had been ravaged by political violence and poverty.

Nolty worships at Pasadena Mennonite Church, a faith community with conviction and courage, and belongs to Urban Village, an intentional community of believers. Every other year, she has the privilege of leading the School of Psychology’s Guatemala class. The three-quarter-time faculty appointment leaves time for the occasional private-practice client and volunteer status on the board of Ten Thousand Villages. She concludes, “I still ponder the complexities of divine grace and human dignity in the midst of poverty and political injustice.”