In the mid-1940s, a gifted evangelist named Charles E. Fuller was reaching thousands through his popular radio broadcast, The Old Fashioned Revival Hour. But Fuller began to dream of a way to spread the gospel even further: through a new school on the West Coast that would train young evangelists and missionaries.
Harold John Ockenga, pastor of Boston’s Park Street Church and an erudite theologian, shared Fuller’s vision but encouraged him to broaden it. The church not only needed evangelists, he said, it needed pastors who were intellectually sound and culturally attuned as well as solidly evangelical.

In May 1947, the two men and four other evangelical scholars met in downtown Chicago, Illinois, to seek God’s will together about the idea of a new theological seminary. So strong was the spirit of prayer that they were convinced God was indeed leading them into this venture of faith, and Fuller Theological Seminary was born.

With Ockenga contributing his scholarly proficiency to Fuller’s folksy charisma and astute business sense, the new seminary—named not for Charles E. Fuller but for his father, Henry Fuller—planned to open its doors in September 1947 at the beautiful Cravens Estate in Pasadena. City zoning ordinances prohibited the estate’s use for instruction, however, so Fuller Seminary’s inaugural group of 39 students found themselves attending classes in the kindergarten Sunday school rooms of Lake Avenue Congregational Church—sitting in child-sized chairs as they learned from a charter faculty of theological giants: Everett Harrison, Carl F. H. Henry, Harold Lindsell, and Wilbur Smith.

In subsequent years the student body grew rapidly, and in 1953 the seminary—with enrollment now at 250—moved to the newly constructed Payton Hall on Oakland Avenue, its first and now iconic building at the center of the Pasadena campus.

In the 75 years since its founding, Fuller Theological Seminary has become a place of rich diversity and theological leadership beyond what its founders could ever have imagined. Fuller's nearly 3,500 students come from more than 75 countries and 110 denominations. Two schools covering four major disciplines––theology, intercultural studies, psychology, and marriage and family therapy––allow Fuller to offer a full range of master’s and doctoral programs to students in Pasadena, Houston, and Arizona, as well as online to students across the country and around the world. More than 44,000 alumni serve in churches and communities across the globe. In 2021, Fuller launched its own digital learning platform, FULLER Equip, creating non-degree paths for learners in diverse vocations and allowing even more people to access the riches of Fuller’s scholarship and innovation.

Yet from Charles E. Fuller's original vision until now, Fuller Seminary's core commitment has remained the same: equipping leaders with minds for careful scholarship and hearts for the unchanging, saving gospel of Jesus Christ.

FULLER SEMINARY THROUGH THE YEARS Expand

Fuller has had five presidents in its 75-year history, each building on the seminary’s founding mission of Christ-centered scholarship and cultural engagement. Our current president is Mark Labberton. 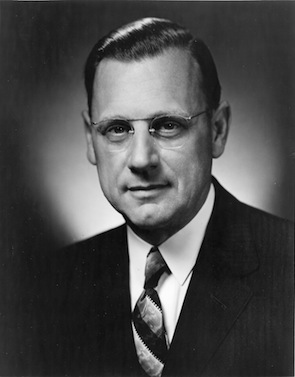 Harold John Ockenga served as the seminary’s first president, making untold numbers of transcontinental journeys in order to carry out his duties in Pasadena while continuing to serve as pastor of the historic Park Street Church in Boston. Articulate and well educated, Ockenga laid a strong foundation for the seminary’s emphasis on excellence in scholarship. He contributed enormously to the establishment of Fuller as a leading voice in evangelicalism, engaging the broader culture and setting in motion the kind of critical thought and social engagement that has come to characterize Fuller Seminary. 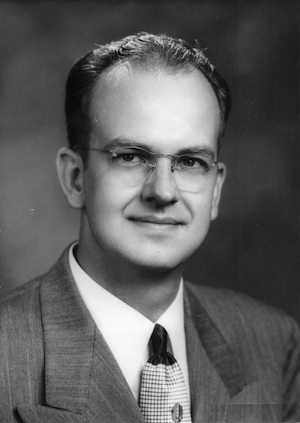 Edward John Carnell, Fuller Seminary’s second president, was the first to serve in full-time residence. A visionary apologist and popular teacher, Carnell squarely faced the fundamentalism movement with intellectual rigor, forging a path that was both thoughtful and theologically orthodox. His presidential inaugural address, “The Glory of a Theological Seminary,” controversial at the time he delivered it, expressed the kind of gentle, tolerant evangelicalism that is central to Fuller Seminary today. During his tenure, in 1957, the seminary received full accreditation from the American Association of Theological Schools.
Carnell resigned from the presidency in 1959 to devote himself fully to teaching and writing, and Ockenga again became president for an interim term. 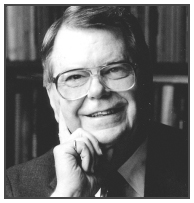 David Allan Hubbard, named Fuller’s third president at the age of 35, guided the seminary through a formative three decades with wisdom and vision. Referring to Fuller as partaking in an “ecumenical experiment,” Hubbard advocated for unity in the midst of diversity across the evangelical spectrum. He skillfully steered what he called “The Good Ship Fuller” through times of controversy in the 1960s and 1970s concerning biblical infallibility, standing for the authority of Scripture while recognizing differing perspectives and the need for dialogue among mainline, evangelical, liberal, and conservative Christians.

Under Hubbard’s leadership the Schools of Psychology and World Mission were founded, joining the School of Theology. All three schools were accredited by the Western Association of Schools and Colleges in 1969. Also under Hubbard’s direction, Fuller developed its “Mission Beyond the Mission” statement, addressing a broad range of challenging moral and ethical issues from a biblical perspective. 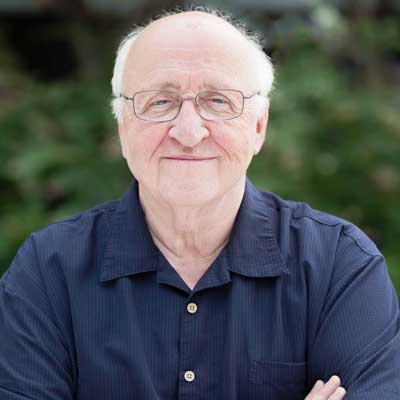 Richard J. Mouw, Fuller’s fourth president, substantially furthered the seminary’s call for evangelical engagement in the public square while continuing a firm commitment to excellence in biblical scholarship grounded in the gospel. A respected leader in the evangelical world, Mouw advocated building bridges across divides of faith and culture through dialogue characterized by “convicted civility.” He established Fuller as a convening place where diverse peoples—from international students to those of different faith traditions—could share disparate views and forge new understandings. 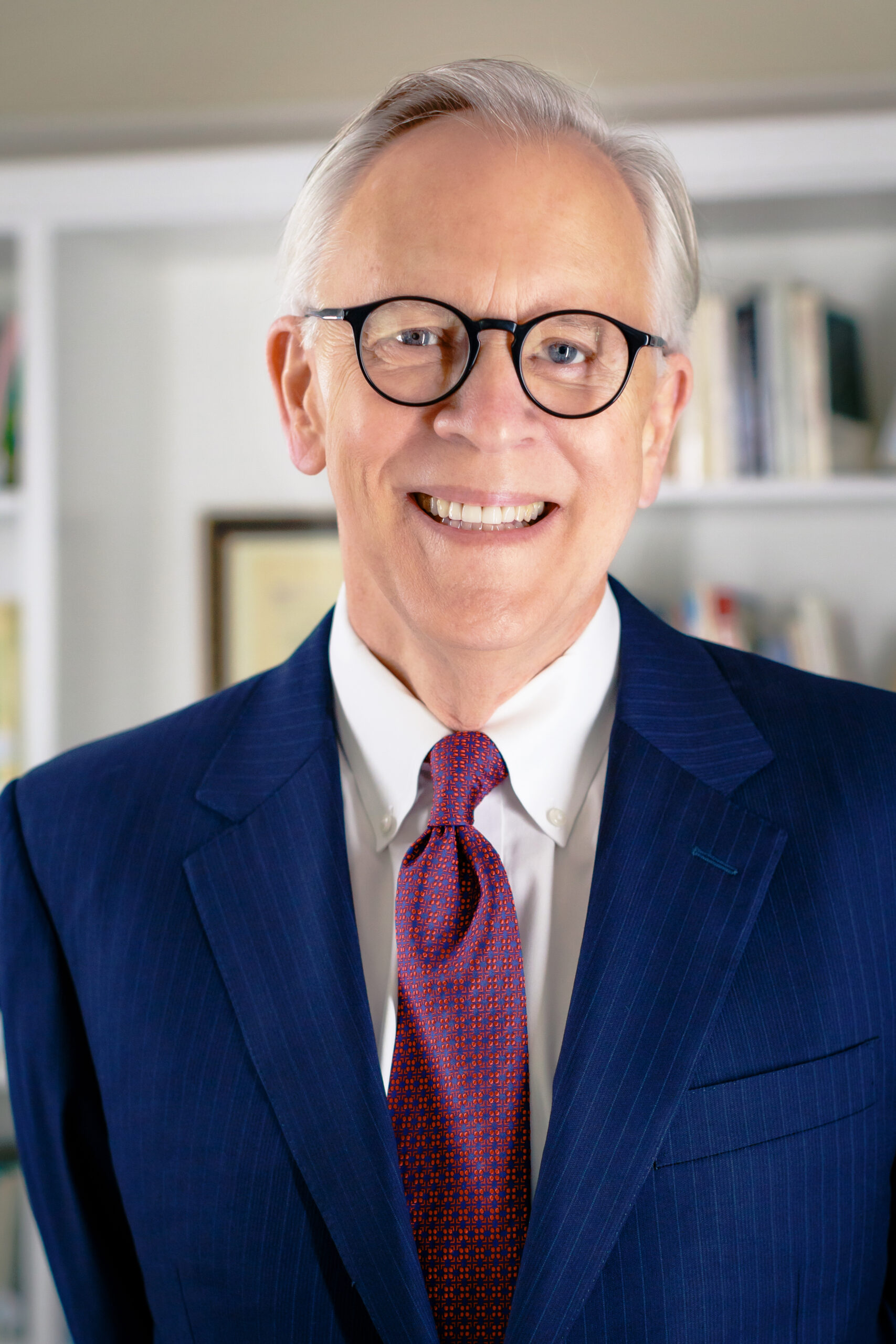 Mark Labberton was named the fifth president of Fuller Seminary in 2013, after four years as Fuller’s Lloyd John Ogilvie Associate Professor of Preaching and director of the Ogilvie Institute of Preaching. Ordained in the Presbyterian Church (USA), he served in pastoral roles for 30 years prior to coming to Fuller, most recently as senior pastor of First Presbyterian Church of Berkeley, California, for 16 years. He has also served as cofounder of the Christian International Scholarship Foundation (now ScholarLeaders International), chair of John Stott Ministries, senior fellow of International Justice Mission, and in a number of other roles of service. He holds an MDiv from Fuller and a PhD in Theology from Cambridge University. Read more about Mark Labberton.