MB524: Christian Anthropology from the Margins (taught in English)

MB560: Methods of Observing and Interpreting Culture (taught in English)

IS502: Practica Comunidad Cristiana [The Practice of Christian Community] (taught in Spanish)

IS503: The Practice of Mission (taught in English)

“Justice ought to begin at home, but it does not stay there because you cannot keep the fourth commandment in a cave. You can keep the Sabbath as long as you are in relationship. God’s command to keep the Sabbath reminds us of the irreducible, inscrutable, and relational nature of God’s demand on Christians and the world—an ecological community with a Christian oikos that creation-driven Sabbath rest demands of Christianity.”

Dr. Ramírez-Johnson, in a lecture on the intersection of Sabbath and restoration. Listen to the lecture.

Johnny Ramírez-Johnson’s wide-ranging education began in Puerto Rico with a bachelor’s degree in theology, a minor in biblical languages, and a master’s in Hebrew Scriptures and archaeology from Andrews University (Michigan), later complemented with a year’s fellowship at the Semitic Museum at Harvard University. This formative study equips him to bring the culture of biblical times into an understanding of Scripture as the basis for Christian mission relevant in a multicultural context. At Harvard he earned a master’s and a doctorate, in which he examined how society’s discrimination of a historically disadvantaged group of Latinos (Puerto Ricans) was ameliorated and overcome by faith via the social support of the church and the ideology of the gospel. His training in human development and cultural psychology provide theoretical vehicles for reading the Bible from a practical theology perspective that facilitates the gospel’s work among the unreached—from American inner cities to remote areas of the world.

Two books by Ramírez-Johnson apply the multicultural, intergenerational, and multilingual realities for North American churches in promoting not only love for Jesus but also healthy and holy lifestyles: A Way Up the Ladder, Motivation Achievement via Religious Ideology: An Ethnography of a Seventh-day Adventist Puerto Rican Church (Mellen, 2008) and AVANCE: A Vision for a New Mañana (foreword by Justo González; Loma Linda University Press, 2003). In addition, many of his articles deal with the role of culture in church affairs.

Ramírez-Johnson describes himself as a practical theologian working at the intersection of the social sciences and theology. Integrating principles from anthropology, cultural psychology, and cognitive psychology, he developed the Image-IQ Survey, an intercultural communication skills inventory. Before joining Fuller’s faculty he taught religion/theology full time at two colleges and one university, most recently as professor of religion, psychology, and culture at Loma Linda University (LLU). He has also taught at the Seminario Latinoamericano in San José, Costa Rica.

Regarding his personal faith and resulting service, he says, “I am a convert to Jesus Christ and the truth of the Word of God who followed Jesus under duress; my father persecuted and tried to kill me as I fled home to follow Jesus.” He has been involved in planting churches around the world, including Middle America, North America, and Lebanon, and has preached around the world for revivals, evangelism, and church growth.

He holds leadership committee roles at the General Conference for Hispanic Ministries, Chaplaincy and Education; serves as a volunteer chaplain for Adventist Chaplaincy Ministries of the Seventh-Day Adventist Church, where he is actively involved in the education, supervision, and certification of chaplains; serves as volunteer outreach and ministry pastor at Glendale City Church; and conducts Bible studies and does pastoral care counseling for Fuller students and the community. Even prior to joining the faculty, his service included Fuller Theological Seminary (2002–2006) as a member of Fuller’s Hispanic Advisory Committee. 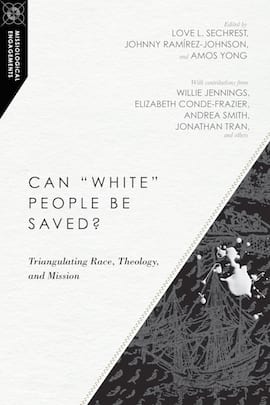 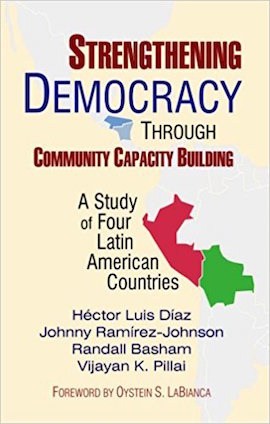 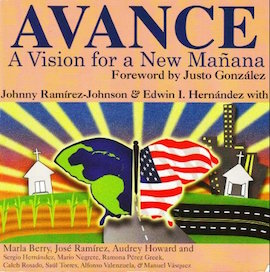 Three Hebrew Prophets and Changing How We Know