Administering Justice and Bringing Healing in Our Neighborhoods, Cities, Counties, States, and Nations

The Center for Urban Initiatives engages students to develop and/or participate in strategies that end social injustices in the tradition of past and contemporary Christian reformers. God has used these reformers to administer Justice and bring healing as taught in the Christian scriptures. Students learn how to identify, engage, and solve critical issues that have left neighborhoods, cities, counties, states or even entire nations pained and conflicted. 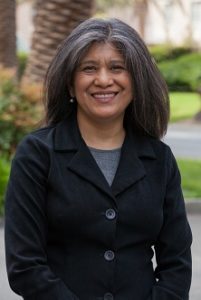 Dr. Sofia Herrera is a licensed clinical psychologist by training and a community psychologist by heart and trade. She is a research faculty member at the Graduate School of Psychology at Fuller Theological Seminary and the Director of the Fuller Seminary Office for Urban Initiatives. Her areas of interest are homelessness, trauma, resilience, risk and protective factors, positive youth development, public policy implementation and analysis, and program evaluation. Dr. Herrera's current research includes many homeless counts and reports required by the federal government in several jurisdictions throughout the State of California. In addition, her research has focused on the needs of single women experiencing homelessness in the United States. In this capacity, she has collaborated with key partners to bring the needs of unhoused women to the forefront at the local, state, and national levels to recognize them as a population of interest with distinct needs that require a gender lens to services and housing.

Dr. Herrera is a research committee member of the Homelessness Policy Research Institute at the Center for Social Innovation of the Sol Price School of Public Policy, University of Southern California, an established and highly regarded network of researchers working to solve homelessness in the United States. Dr. Herrera's endeavors also include research in international settings on the effects of community violence, traumatic stress, and trauma on teachers and adolescents in El Salvador, Central America, and as a consultant for research on displaced persons in Colombia, South America. In addition, she has served as a consultant in program evaluation for local agencies and international nongovernmental organizations. In her research trajectory, Dr. Herrera served in the past as the coordinator of the Fuller Youth Initiative for Positive Youth Development and Violence Prevention, a 3.5M grant from the Office of Juvenile Justice and Delinquency Prevention, US Dept. of Justice to the Fuller Graduate School of Psychology where she also supervised many doctoral research fellows and research assistants. As a contemplative community psychologist, Dr. Herrera is a passionate follower of the teachings of Teresa of Avila and Sor Juana Ines de la Cruz. 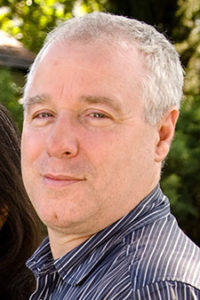 Dr. Joe Colletti is a social reformer who has modeled his life in the tradition of past and contemporary Christian reformers who have dedicated their lives to solving and ending social injustices. He has worked passionately with many cities and counties to end homelessness and has helped develop and implement many plans and programs that have resulted in thousands of homeless people exiting their state of homelessness. He has also strategized and labored with several jurisdictions in bringing social and economic reinvestment to neighborhoods that have experienced decades of disinvestment. He has worked passionately with non-government and government agencies to end various types of discrimination involving class, disabilities, ethnicity, gender, housing, income, race, and land use by changing such practices in local jurisdictional ordinances and statutes within their municipal codes.

He is an Adjunct Professor of Urban Studies. Much of his teaching and community and economic development experience focus on the issues of affordable housing, economic development, fair housing, health and mental health care, homelessness, human trafficking, and substance abuse, and how to integrate biblically rooted spiritual principles and practices into community efforts to help achieve solutions for social struggles. 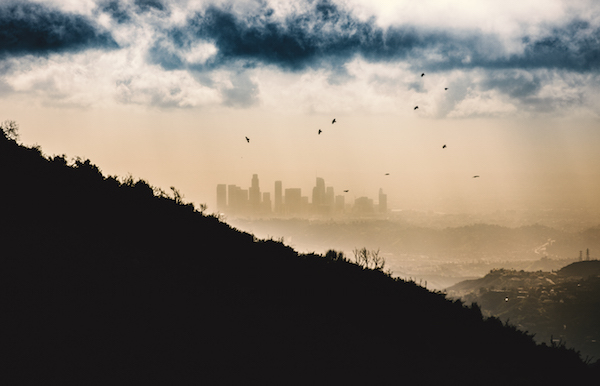 Participants learn about, and how to innovate, a wide-range of Evidence-based, Best, Emerging, and Promising practices that have been used to prevent and solve homelessness throughout the United States. Participants will interact with local government and non-profit leaders who are charged with solving homelessness within their counties, cities, and communities.

We conduct Round Table Discussions that identify social injustices in various communities. Students are invited to learn how to end social injustices by participating in these discussions along with Urban Initiatives’ seasoned practitioners and invited community leaders. Discussions will focus on, but are not limited to, ending and preventing homelessness, human trafficking, neighborhood revitalization, economic development, and urban planning.

We provide an opportunity for networking during which students and others, who work in the nonprofit world, the church or in the community addressing social injustices, can come together to share their work, cultivate relationships, seek support, exchange ideas, reflect with others, and share resources. We believe that when people join with others and create momentum toward change, they become transformational. The meetings provide an environment where people can continue to grow while developing peer mentoring and professional relationships in order to effect change and enhance their current work.

Creating an Integrated Rule of Life

An integrated Rule of Life has helped ordinary people live extraordinary lives. The workshop helps participants develop and live out a Rule of Life that incorporates personally chosen spiritual principles and practices found in the sacred scriptures. Such principles and practices are mostly taught as a means to help nurture an intimate, personal, and private relationship with God. Rarely are they taught as a means to help nurture a deep, collective, and public relationship with God to help encounter, elucidate, and end social injustices. Everyone is encouraged to discover and rediscover spiritual principles and practices to strengthen your ability and the ability of others to right social wrongs.

The Center for Urban Initiatives has supervised numerous interns and practicum students at Fuller Theological Seminary since 2006. Contact us to indicate your interest in completing your internship or practicum with our office.

“I was challenged in ways that I didn't anticipate. I was challenged to be assertive, decisive, and honest. The growth I experienced as a result of these challenges is what I will mostly take away. This experience has also helped me to realize the benefits of self-care. But more than that, it's taught me the value of structuring my environment in a manner that is enjoyable for me. This was a significant paradigm shift for me and I'm excited to put it in better practice once I graduate.”

“The process of integration continues to be crucial for my ongoing spiritual formation. The importance of focusing on ending or solving social injustices, rather than managing them, which includes working together throughout a community, will impact whichever direction God takes me vocationally.”

Since working at OUI, “[m]y spiritual formation has been altered, I have been given the opportunity to add new spiritual practices that engage a different part of who I am, the contemplative aspect of myself. I find myself reflecting more on the day to day and making strides towards taking care of myself holistically.”

I chose to intern at OUI because “[i]t was an opportunity to practice community psychology with a social justice focus while serving the under-served. [I]t was an expression of my faith and overall mission… and the work I am doing now is a continuation of that same sense of mission. I gained a lot by working alongside other Fuller students in the other schools, spending time with the homeless, and seeing God's redemptive and healing power through the work we were doing.”

"I really valued my experience at OUI. I enjoyed my supervision times with Dr. Herrera and really felt that OUI wanted to provide me with a meaningful experience that met my work objectives."

“I have gone from a person who was afraid of the homeless to being passionate… to help and work with them. I am now much more equipped with not only a compassionate heart, but facts about what is needed and what can be accomplished through the services available. I am much more aware of what needs to be done to implement housing first and homelessness prevention."

Through my internship experience, I developed “a much better understanding of the problem. I learned a lot about homelessness, its history and reasons behind it, and the housing situation in the US and I was able to share it with a number of people… who were involved in homeless ministry. Also, I got involved in the homeless ministry in my local community.”

“My experience at OUI has truly impacted my spiritual life. During my time, I was encouraged to really explore what centering prayer looked like and how I could use it. In this, I am able to connect with the Father and truly hear from Him on a daily basis and not just on Sundays. I learned the complexity of housing first and that there is no easy solution. Rather, there are more appropriate solutions that we, as Christians, can see. We must look to our theology of God and see how that impacts how we interpret the world around us.” 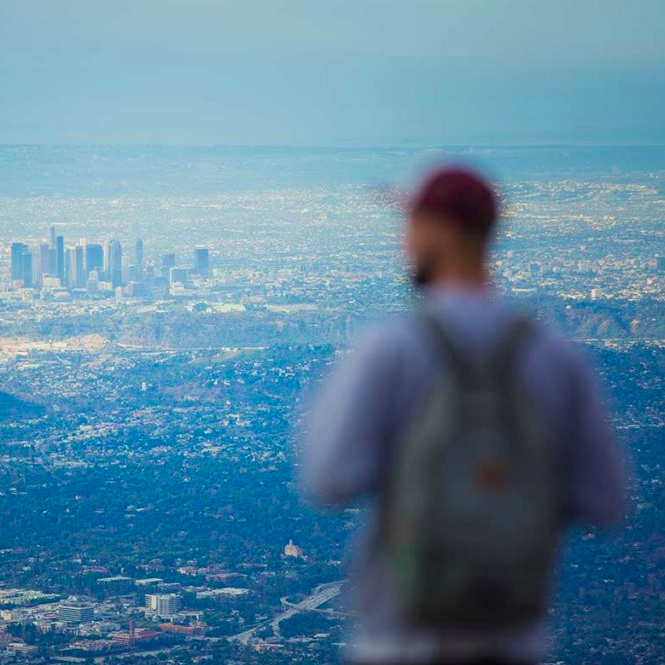