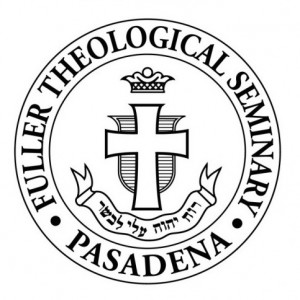 Mark Labberton, president of Fuller Seminary, announced today the beginning of a presidential search and transition process that will culminate by June 2023. Dr. Labberton became Fuller Seminary’s fifth president in 2013, after four years as Fuller’s Lloyd John Ogilvie Associate Professor of Preaching and Director of the Ogilvie Institute of Preaching.

“I am so grateful for the privilege of serving and of being part of this remarkable Fuller community. This has been an indelible season in my life,” said Labberton. “As a fulfillment of my original ten-year commitment to the Board of Trustees, this transition timeline will allow me to complete my mission here and position Fuller well for an enormously fruitful future.”

Concurrent with Labberton’s announcement today, Dan Meyer, chair of Fuller’s Board of Trustees, said, “Amidst an era of tremendous disruption for the church, society, and Christian higher education, Mark has been the steady, adaptive, resilient leader Fuller has needed. He has cared for every part and person of Fuller’s unique community. He has assembled a superb senior leadership team with whom he’s crafted a truly generative alliance among trustees, faculty, and staff. This partnership has yielded a visionary strategic plan in FULLER NEXT, a balanced budget, the first surplus in many years, and the foundations of a capital campaign with transformative potential for Fuller’s life and mission.”

“Fuller is in a season of exciting, urgent, and hopeful opportunities,” Labberton said in a letter to the seminary community. “When I finish as president, the river that is Fuller Theological Seminary will surely keep rushing along, and the One who is our Living Water will remain our truest and surest hope.”

The Board of Trustees has appointed a Transition Discernment Team that will oversee the identification of Fuller’s future president. The committee is chaired by Santiago “Jimmy” Mellado, CEO of Compassion International, and will consist of representatives of Fuller’s board and faculty in partnership with a seasoned search consultant. Mellado said, “We believe God has already prepared an amazing leader to lead Fuller into its next season of vitality and influence. Our privilege will be to find and advance this special person.”

Read a letter about this transition from Fuller’s Board of Trustees.