"We're just gonna have to leave the church, maybe even move away from Almond Springs," Ansel Richards barked as he burst into Charlotte's office. "I don't see any other option after being stabbed in the back." It was two weeks after Labor Day and Rev. Charlotte Robinson was preparing the October newsletter when Ansel arrived unannounced at the First Church of Almond Springs, California. She had been writing about how welcoming the congregation had been since she arrived in July. 'So much for the honeymoon,' she thought to herself. He had started in mid-conversation, as was his custom, and the pastor was once again trying to catch up. "Hold on," she said, "What's going on?"

"They've sold our future," he stammered, "Why didn't you tell me? You had to know that we'd find out eventually." Charlotte tried another tack as Ansel flopped into a chair. "I can tell you're upset," she said soothingly, "but can you tell me what exactly has happened?" Ansel sat for a moment jiggling his leg. Finally he said in his most detached teacher voice, "I'm talking about the housing tract." It was an accusation as much as a statement…

When it was clear Charlotte was waiting for more, he continued, "I just heard that Louis Walsh and Vic Vargo quietly sold off a huge chunk of rolling grassland to build a housing tract near the new highway. It's a done deal; they did it last month. They're gonna start removing trees—including ancient oaks—right after New Year's. The guy in the three-piece suit who's been wandering around town, his name is Dorn. He is their partner from Fresno. Louis wouldn't even have told me except that the final zoning approval comes before the Town Council in December and he had to put it on the agenda. He can't possibly think I'm gonna vote for that atrocity."

Charlotte's mind raced as Ansel spoke. She thought back to her frustrated attempts over the summer to help the congregation find a unifying vision for its mission. Ansel and Louis, who were each on the church board, had clashed because they had vastly different goals for the parish. Louis' main concern was the town dire economic situation. "Almost every conversation with Louis," Charlotte thought to herself, "eventually turns to the boarded-up storefronts downtown and the young people who have left town never to return." The housing development was surely his attempt to breathe economic life into the depressed local community. Ansel, on the other hand, had taken a very different approach to the mission and vision discussion, Charlotte recalled. He hoped the church would focus on educating children. But of clear importance now, Charlotte realized, was the fact that he had brought his family to live in Almond Springs in order to be "close to nature," as he liked to put it. He had fled exactly the suburban life-style that Louis hoped to bring to Almond Springs. 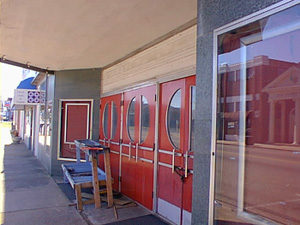 A difficult choice was coming up, she could now see, between prosperity and the environment. The economically depressed town had a tremendous opportunity for growth, yet the people had to decide if the ecological price was worth paying. There would be strong opinions within the church on both sides of the issue. "GOD'S HOPE FOR OUR FUTURE"—the congregation's new mission statement—was becoming an increasingly complicated concept, she thought. But right now she needed to be Ansel's pastor.

Charlotte's first responsibility was to care for Ansel as a pastor. He needed to know that the church was not going to abandon him, even if he had a conflict with another leading member (Louis).

"Why do you think you have to leave the church?" Charlotte gently probed.

"Because of the hypocrites," Ansel said, "Louis sat next to me for two months talking about how the church needs to be the soul of the community. And all the while he's plotting to rape the land and destroy the town. You mean you didn't know about this?" "No, I did not," Charlotte said. And from there, she and Ansel talked for close to an hour. It turned out he was not leaving the church at all.